Cell phone data that is routinely collected by telecommunications providers can reveal changes of behavior in people who are diagnosed with a flu-like illness, while also protecting their anonymity, a new study finds. 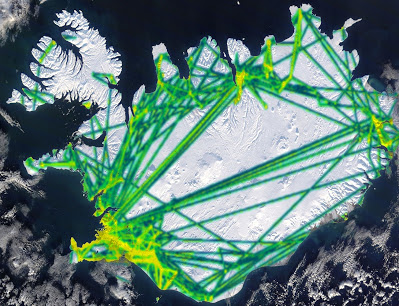 The Proceedings of the National Academy of Sciences (PNAS) published the research, led by computer scientists at Emory University and based on data drawn from a 2009 outbreak of H1N1 flu in Iceland.

“To our knowledge, our project is the first major, rigorous study to individually link passively-collected cell phone metadata with actual public health data,” says Ymir Vigfusson, assistant professor in Emory University’s Department of Computer Science and a first author of the study. “We’ve shown that it’s possible to do so without comprising privacy and that our method could potentially provide a useful tool to help monitor and control infectious disease outbreaks.”

The researchers collaborated with a major cell phone service provider in Iceland, along with public health officials of the island nation. They analyzed data for more than 90,000 encrypted cell phone numbers, which represents about a quarter of Iceland’s population. They were permitted to link the encrypted cell phone metadata to 1,400 anonymous individuals who received a clinical diagnosis of a flu-like illness during the H1N1 outbreak.

“The individual linkage is key,” Vigfusson says. “Many public-health applications for smartphone data have emerged during the COVID-19 pandemic but tend to be based around correlations. In contrast, we can definitively measure the differences in routine behavior between the diagnosed group and the rest of the population.”