Ravaged by moths and disease, the horse chestnut is now classified as vulnerable to extinction. 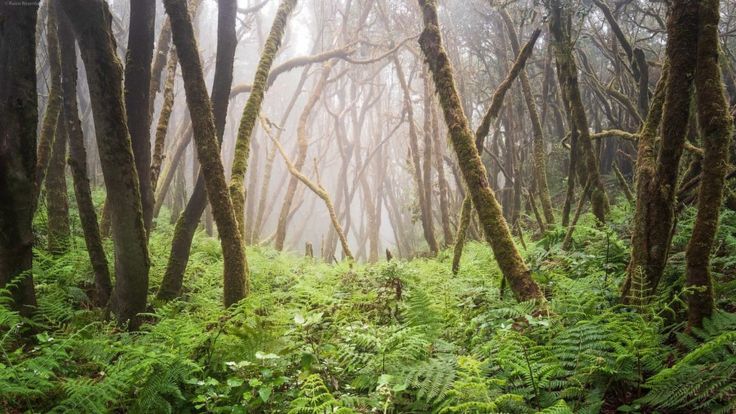 The tree is among more than 400 native European tree species assessed for their risk of extinction by the International Union for the Conservation of Nature (IUCN).

About half face disappearing from the natural landscape.

"Trees are essential for life on Earth, and European trees in all their diversity are a source of food and shelter for countless animal species such as birds and squirrels, and play a key economic role," he said.

The conservation status of most animals in Europe has already been assessed for the inventory of endangered species known as the Red List.

Experts are now turning their attention to plants, with an assessment of all 454 tree species native to the continent.

42% are threatened with extinction (assessed as Vulnerable, Endangered or Critically Endangered)

Among endemic trees - those that don't exist anywhere else on Earth - 58% are threatened.

Species highlighted include the horse chestnut, which is declining across Europe, and most of almost 200 trees in the family that includes the rowan and mountain ash.

The report identified a wide range of threats, including pests and diseases, competition from invasive plants, deforestation, unsustainable logging, changes in land use and forest fires.

Dr Steven Bachman, conservation scientist at the Royal Botanic Gardens, Kew, who was not part of the report, said trees played a critical role in sustaining and enhancing our lives.

"This report fills an important knowledge gap on the threat status of European trees, but the results reveal a disturbingly high level of extinction risk that requires urgent and effective conservation action at all levels."

A second report found almost half of all Europe's shrub species are threatened with extinction, due to the loss and destruction of Europe's wild areas, as well as agriculture, invasive species and climate change.

"This report has shown how dire the situation is for many overlooked, undervalued species that form the backbone of Europe's ecosystems and contribute to a healthy planet."

Recommendations included further research into the impact of climate change.

Mike Seddon, chief executive of Forestry England said the "climate crisis" was a real threat to woodlands, including the nation's forest they manage, increasing the risk from pests and diseases.

"Our efforts to have resilient forests include planting a greater variety of trees, including native species, only grown in the UK," he said.