Emissions from animal farming are more than those from all cars and vans on Europe's roads. 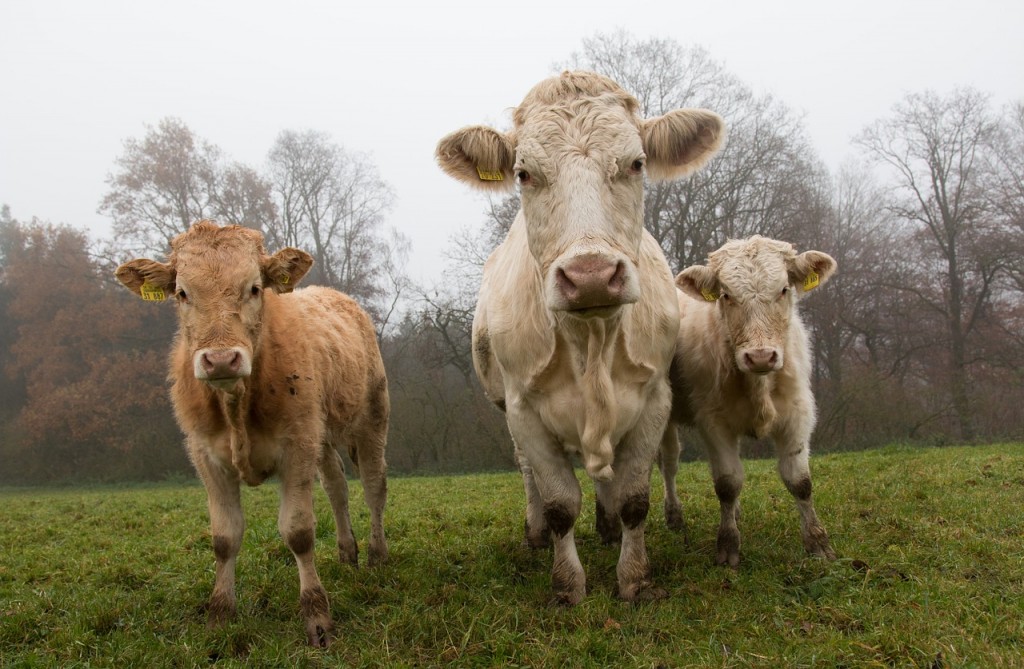 Food reform is a key part of the fight to keep global temperatures from rising 2 degrees above pre-industrial levels.

With the potential to mitigate 20% of the global emission reduction needed by 2050, policy makers are being put under pressure to make wholesale changes as shocking reports continue to emerge from the agriculture industry.

The latest exposé arrives courtesy of Greenpeace, which has been shining a light on the impact of meat and dairy production.

Based on data collected from the UN Food and Agriculture Organisation and peer-reviewed scientific research, Greenpeace has discovered that animal farming currently accounts for 17% of EU emissions and a staggering 502 million tons of CO2 per year.

To put this into perspective, the automobile industry — which receives a ton of flack each year in the mainstream media — generates 14.5%.

From 2007 to 2018, yearly emissions from animal farming rose by 6%, the report found, which equates to adding roughly 8.4 million cars to European roads, and sending 3 million commercial airliners on flights the whole circumference of the globe.

“European leaders have danced around the climate impact of animal farming for too long,” said Marco Contiero, Greenpeace EU agriculture policy director. “Science is clear, the numbers as well: we can’t avoid the world of climate breakdown if politicians keep defending industrial production of meat and dairy.”

“Farm animals won’t stop farting and burping — the only way to cut emissions at the levels needed is to cut their numbers,” he added.

Outside of the EU, development banks are struggling to weigh environmental progress against humanitarian work and have compounded the climate issue by investing $2.6 billion in industrial farming to bring meat and dairy to impoverished communities.

More sustainable solutions from the food tech sector such as stem cell meat and synthetic vegetables may seem like the obvious answer because they’re less labor inducive, require less acreage, and are cheaper processes than rearing livestock. However, developing countries are as yet lacking the technical experience and scientific resources to implement them in a meaningful way.

Under the 2015 Paris Agreement national leaders are expected to revise and resubmit their climate related progress every five years, and 2020 could mark the year that the EU enforces a bold new climate law.

Ensuring that we have some tangible roadmap to making up the emission deficit by 2025, the committee has pledged to soon put an end to public subsidies for animal farming and instead to concentrate funds on dairy alternatives and considerably reducing the number of animals per farm.

Improving and reducing animal farming has other benefits too, beyond the environment, including in health care and tackling health crises and preventing pandemics.

An estimated 73% of all emerging infectious diseases originate in animals, according to Greenpeace; while it highlights that an “extraordinary” number of viruses are transmitted to humans via livestock species, including coronaviruses and influenza viruses.