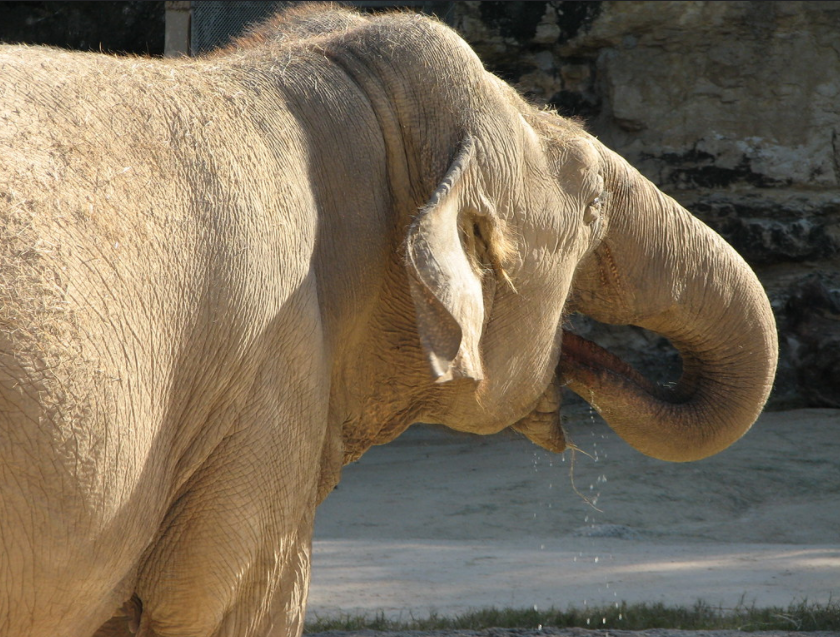 An elephant that lived in captivity at a Pakistani Zoo for 35 years will finally be transferred to a wildlife sanctuary, following years of outcry by animal rights activists.

Kaavan, dubbed the “loneliest elephant in the world,” lived in solidarity in a small enclosure after his only companion died eight years ago. A medical examination revealed Kaavan is severely disturbed mentally and overweight, despite also presenting symptoms of malnutrition due to boredom and absence of exercise.

Activists claim endangered elephants unable to return to the wild should always be homed in appropriate conservation sanctuaries, and echo declarations from the United Nations that conservation efforts and biodiversity aid poverty eradication, disaster risk reduction, and food security.

Martin Bauer, a spokesman for FOUR PAWS, the advocacy group overseeing Kaavan’s case, said the badly mistreated animal would now gain companionship and live the rest of its life in freedom.

"Following [medical] checks, which confirmed Kaavan is strong enough, steps will now be taken to finalize his relocation to an animal sanctuary, potentially in Cambodia,” Bauer said in a statement.

The decision to move Kaavan came after 400,000 people signed a petition demanding his freedom, and followed an order in May by Pakistan’s High Court for the Islamabad Zoo to be closed due to its deplorable conditions.

Singer Cher has also been campaigning for Kaavan’s release since 2016.

Biodiversity continues to dwindle around the world, and elephant populations have been hard hit.

Over the last 30 years, the number of Asian elephants has fallen by over 50% — rendering the species endangered.

Habitat loss is a key contributing factor, as elephants lose their forest homes to the growing infrastructural and agricultural needs of humans. In 2018, the overlap of refugee camps and elephant habitats resulted in 10 Rohingya refugees being trampled to death by the animals.

Poaching elephants for their ivory tusks also remains a critical cause of elephant population decline.

According to the World Wildlife Fund (WFF), elephant conservation is critical not only for the species at large, but also for the environment, biodiversity, the economies of some of the poorest nations, and human well-being.

"It is critical to conserve both African and Asian elephants since they play such a vital role in their ecosystems as well as contributing towards tourism and community incomes in many areas,” the WWF website states. “So, by helping protect elephants, we’re helping conserve their habitat, supporting local communities, and making sure natural resources are available for generations to come.”