Many major viruses have been passed from animals to humans. 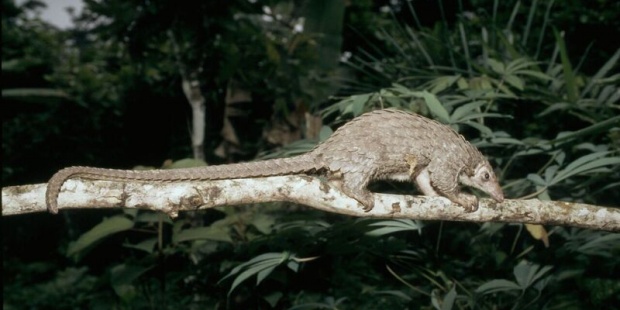 Major viruses that have emerged in recent decades, from Ebola to COVID-19, have been zoonotic in nature — meaning they started in animals before finding a human host. Many of them also emerged in illegal or unhygienic conditions.

That is why environmental and public health advocates are renewing their calls for stronger regulation of wildlife markets in an effort to prevent future pandemics like COVID-19.

China, where COVID-19 originated, has responded to the crisis by enacting a ban on the trade of wild animals, but advocates warn that this particular measure has a loophole that allows animals to be sold for medicinal purposes. However, many of the animals that are vectors for disease — including pangolins, which is the animal believed to have spread COVID-19 to humans — are sold for "medicinal purposes."

Advocates note that the traditional medicine industry, which processes animals like bats at high volumes, remains a potential vector for the spread of viruses, Mongabay reported.

"We need to make sure we don’t squander this moment when COVID-19 is fresh on people’s minds," Jan Vertefeuille, senior advisor for wildlife conservation at the World Wildlife Fund (WWF), told Global Citizen. "We need to be taking steps to stop the next pandemic and it starts with shutting down this high-risk wildlife trade."

Vertefeuille said that countries need to crack down on the sale of wild animals and enforce food safety rules in markets to limit future outbreaks. Such moves would also bolster conservation efforts worldwide.

"A lot of this trade is illegal, but there’s no meaningful enforcement, so we’re asking governments to scale enforcement to crack down on this illegal activity, and also police some of this other wildlife," she said.

"We have to expand the definition of what’s risky wildlife consumption," she continued, adding that bats, while known to spread diseases to humans, are technically legal to consume.

It's not enough just to ban the sale of wild animals — governments then have to vigorously enforce those bans. In the past, bans have been undermined by a lack of enforcement, which amounts to a tacit allowal of underground wildlife markets.

Vertefeuille said that governments can stop illegal wildlife sales and prevent dangerous conditions at markets by imposing stronger checks at ports of entry, collaborating and sharing information with each other, patrolling wildlife markets, and monitoring online stores. Public health inspectors can also help ensure the integrity of markets by enforcing food safety rules among vendors.

In addition to these efforts, behavior change campaigns to discourage wildlife consumption can help to definitively curb the practice, as happened with the sale of ivory.

Since the the start of the coronavirus outbreak, a lot of media attention has centered on "wet markets," but Vertefeuille said that it’s important to note that these places are, for the most part, typical farmer’s markets where people buy ordinary vegetables, meats, and other foods that can be found around the world.

Only a fraction of vendors in these markets sell illegal wildlife and engage in practices that allow diseases to spread, such as slaughtering animals at the time of the purchase and keeping animals in cramped and unhygienic cages. Complicating matters, parts of the wildlife trade take place online, which allows sellers and consumers to bypass oversight more easily, and the black market is often difficult to track, according to Mongabay.

Efforts to stop the illegal wildlife trade have to focus on these vendors and the networks that support them, she said.

WWF recently enlisted GlobeScan, a market research firm, to survey 5,000 people in five regions with either active wildlife markets or wildlife sales — Hong Kong SAR, Japan, Myanmar, Thailand, and Vietnam — to gauge public opinion on whether governments should crack down on them.

The survey found overwhelming support for closing wildlife markets that engage in illegal and unregulated sales.

This response is echoed by a survey from earlier this year of more than 100,000 people in China commissioned by the International Fund for Animal Welfare (IFAW) that found staggering support for stronger regulation of these markets to protect public health and endangered animals.

"The consumption of these types of exotic meats are by people who want to show status," Grace de Gabriel, IFAW’s regional director of Asia, told Global Citizen.

Pangolin, for example, is used for medicinal purposes and its meat is favored as a luxury item. Although the sale of pangolin is internationally banned, poaching continues to threaten the species with extinction.

"They’re the number one most trafficked wildlife species in the world," Vertefeuille said. "They are just getting hammered."

The illegal sale of pangolins is emblematic of the broader illegal wildlife trade, which includes the sale of ivory tusks from elephants, keratin horns from rhinos, and shark fins.

Whenever illegal wildlife is sold, it undermines the entire conservation movement because it fuels a market for the exploitation of protected species and environments. Shark fin soup, for example, has devastated shark populations worldwide, including in marine protected zones.

But pendulums swing in times of crisis. The COVID-19 pandemic is a reminder that the illegal wildlife trade endangers all of humanity. Now momentum is building for laws to protect public health and the global environment from this threat.

"The wildlife trade threatens public health, biosecurity, and national security," de Gabriel added. "We have a very good opportunity to take action. People have short memories, so we need to use this opportunity to drive home this threat."