Kaavan will live out his remaining years in an elephant sanctuary. 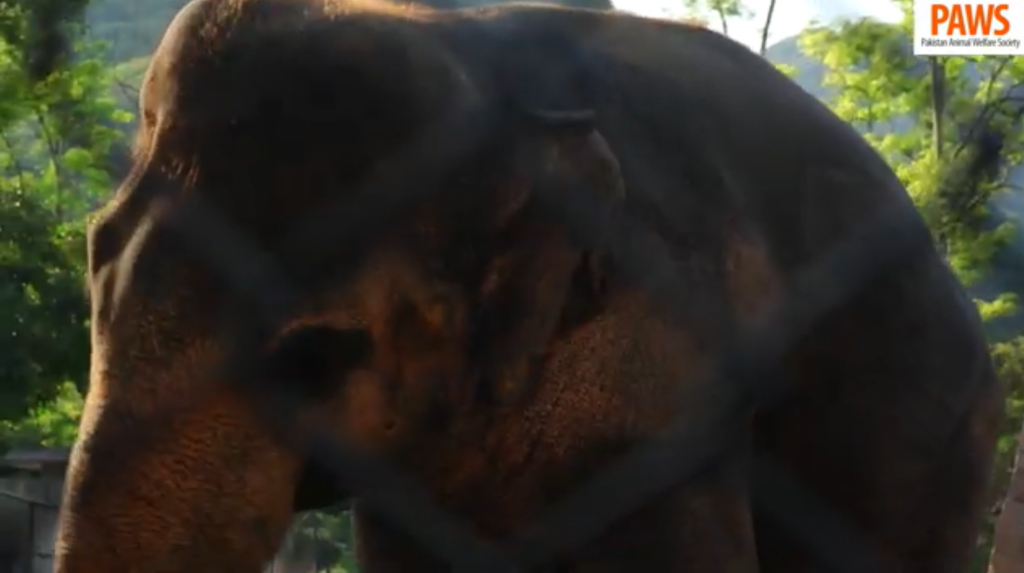 The majestic elephant is the largest land mammal on the globe and lives in parts of Africa and Asia. These highly intelligent animals live in a complex family structure of females and calves while males tend to live by themselves nearby. These amazing elephant herds – or parades – need a large habitat to roam and graze for food.

Today, there is a growing movement that believes that elephants should not be kept in zoos or circuses and that these animals that are often kept in small cramped cages should be rescued and brought to sanctuaries. Superstar Cher is one of these people and her dedicated work helped to free Pakistan’s loneliest elephant according to The Guardian.

In May 2020, Pakistan’s high court ruled that Kaavan, a 33-year old Asian elephant originally from Sri Lanka must be freed and also ordered that wildlife officials consult with officials from his birth country to find a suitable sanctuary for him to live out his remaining years in peace.

Cher tweeted about her happiness when the court decision was announced.

“The pain and suffering of Kaavan must come to an end by relocating him to an appropriate elephant sanctuary, in or outside the country,” the court ordered. Dozens of other animals were ordered to be temporarily rehomed while the Murghazar Zoo in Islamabad (Kaavan’s home) is revamped, in the same ruling according to TRT World.

Kaavan has been the focus of a massive four-year campaign by Cher to free him from the zoo. She began this effort after seeing photos of Kaavan chained in his small 90 by 140-meter enclosure.

Her efforts gathered 200,000 signatures on a petition to free the long-suffering lonely elephant – whose mate died in 2012 – that was delivered to officials of the zoo and then-prime minister of Pakistan Nawaz Sharif in 2016. Now, her efforts have paid off and Kaavan will finally be free.

Pakistan is not the first country to free captive elephants. In 2019, the last performing circus animal in Chile was moved to a sanctuary. Ramba was removed from the circus years earlier but had to wait for a permanent home to be built for her.

While most zoos are accredited and take excellent care of their animals as well as doing important conservation work, there are zoos like the Murghazar Zoo in Islamabad that are actually harming the animals they are entrusted with. There are drives around the globe to remove animals that are living in inhumane conditions and to move them to places where they will be able to roam free and prosper.