The Nēnē is no longer endangered. 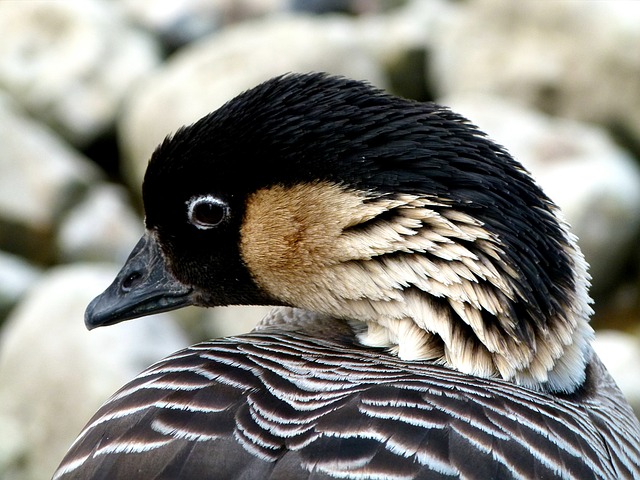 The Hawaiian Islands are lush tropical paradises with beautiful flowers and colorful birds galore. Now the nēnē , the state bird, will be sighted a lot more frequently as its population continues to rebound.

The nēnē or Hawaiian goose received its name from its soft call and is found wild on the islands of Oahu, Maui, Kauai, Molokai and the big island Hawaii.

The population numbered around 25,000 on the islands in 1778 – when Captain Cook first arrived – and there were only 30 wild birds left in 1952. The decrease was mostly caused by the introduction of invasive species to the islands.The nēnēre officially listed as endangered in 1967.

Now, after 60 years of conservation including an intensive breeding program and habitat rehabilitation, the majestic bird has been down listed by the US Fish and Wildlife Service from endangered to threatened, on December 9 2019, according to DOI press release.

“Today’s announcement highlights the progress the Endangered Species Act intends to deliver,” said Secretary of the Interior David Bernhardt in the press release. "Through collaboration and hard work, the nēnē is out of intensive care and on a pathway to recovery.”

Now there are more than 2,800 birds – a 90 percent increase – with a stable and increasing population.

"While we pause to celebrate this hard-won milestone for Hawai'i's state bird there are many more species, plants, and animals, here in Hawaii that are equally imperiled as the nēnē once were,” said Robert Masuda, the first deputy for the Hawaii Dept. of Land and Natural Resource.

“Hawaii is the endangered species capital of the nation with over 500 federally-listed threatened or endangered species and which will all need equal attention and effort from all of us to reverse their current courses toward extinction," he said

There is other great conservation and preservation work being done in Hawaii. The state is working on restoring its coral reefs by using sea urchins to devour invasive algae species. The giant Pacific sea turtles that live along the coral reefs of the islands are also growing in number.

These conservation efforts working hand-in-hand with US federal and state legislation will keep Hawaii a tropical paradise for years to come.