At least one in five vertebrate species on Earth are bought and sold on the wildlife market, according to a study. 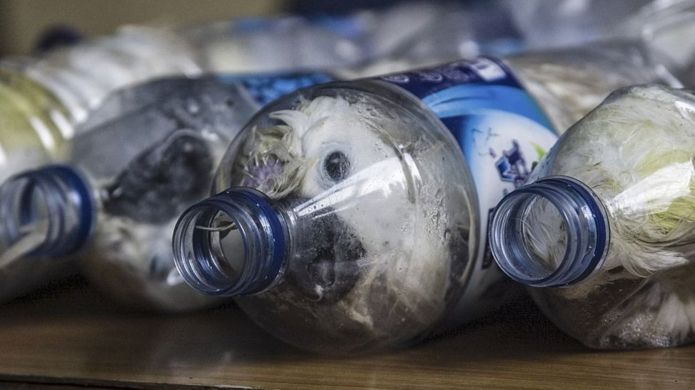 Scientists from universities in the US and UK, who jointly analysed data collated on a range of species, say they are "astounded" by the figure.

They point out that it is about 50% higher than previous estimates.

The wildlife trade - in the likes of horns, ivory and exotic pets - is the number one cause of animal extinction, tied only with land development.

The research also identified another 3,000 or so species that look set to be traded in the future, based on their similarities with animals currently bought and sold - for example if they have bright plumage or exotic horns.

"If one species is traded, the chances are its evolutionary cousins are also traded," said Dr Brett Scheffers of the University of Florida.

"Once we discovered that pattern, we could develop a new model that would predict which species are likely to be traded in the future, even if they are not traded now."

The scientists stress the need for proactive rather than reactive strategies, including a "watch list" of susceptible species, better detection of illegal imports, fighting corruption and engaging local people in conservation.

Prof Edwards said: "Without urgent focus on how to stem both the supply and demand for wild-caught species, there is a real danger that we will lose many traded species."

Individuals can help by not taking any illegal animal products offered to them abroad, he said, and by checking any exotic pets they buy have not been captured illegally from the wild.

The UK/US team quantified for the first time the species most affected by the global wildlife trade based on a study of the tree of life.

They used data from the Convention on International Trade in Endangered Species of Wild Flora and Fauna and the International Union for Conservation of Nature on about 30,000 bird, mammal, amphibian and reptile species. They did not look at invertebrates or marine animals.

According to their analysis, 5,579 animals - 18% of vertebrates - are currently being traded globally.

An additional 3,196 species are considered at risk - making a total of 8,775 species, or about one in three.

Impacts of trade appeared to be higher in threatened species, among certain groups - birds and mammals - and concentrated in specific parts of the globe.

California now has telemedicine for pets