The social media-driven practice is harmful both to wild animals and selfie-takers themselves. 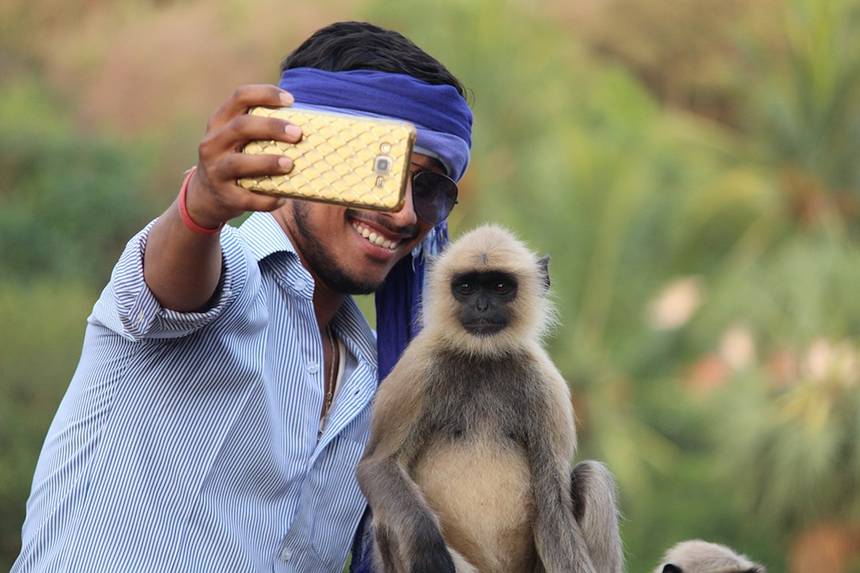 Costa Rica is famous for its wildlife. Animals such as tapirs, capuchin monkeys, sloths, scarlet macaws, and resplendent quetzals are a big part of the country's attraction. In fact, a government survey found that 40 percent of tourists to Costa Rica said they came specifically for the flora and fauna. This leads to problems, especially in the era of smartphones – far too many visitors are taking pictures with wild animals. While the 'animal selfies' might seem like a harmless social media brag in the moment, they're a damaging practice that threatens both the animal's wellbeing and the selfie-taker's health.

A new campaign launched by the Costa Rican government is hoping to put an end to this. Titled #StopAnimalSelfies and promoted throughout the country by the Ministry of Environment and Energy, its goal is to "prevent visitors from feeding (animals), from capturing them for photos and from manipulating them." Instead, tourists can follow the Wildlife Selfie Code, as laid out by World Animal Protection.

If no such opportunities arise, tourists can pose with stuffed animals at the airport. At the very least, it means they won't come into contact with the diseases and pathogens often carried by wild animals.

"We applaud Costa Rica's efforts to ensure the protection, ethical management and welfare of wild animals by avoiding promoting practices that are cruel to animals, since they do not respect their natural behaviors and promote a mercantilist and utilitarian vision."

Wildlife tourism is, unfortunately, a booming business globally, and a shocking exposé published in June 2019 by National Geographic reveals just how little tourists understand about what happens behind the scenes to get 'wild' animals to comply with tourists' desires. Social media is a huge driver, "setting the industry ablaze, turning encounters with exotic animals into photo-driven bucket-list toppers." As Natasha Daly writes,

"For all the visibility social media provides, it doesn’t show what happens beyond the view of the camera lens. People who feel joy and exhilaration from getting close to wild animals usually are unaware that many of the animals at such attractions live [in horrible conditions]."

Costa Rica is the first country in the world to move toward stopping animal selfies. It is an astute move that's in keeping with the country's progressive approach to eco-tourism and sustainability, and hopefully one that will catch on in other countries.