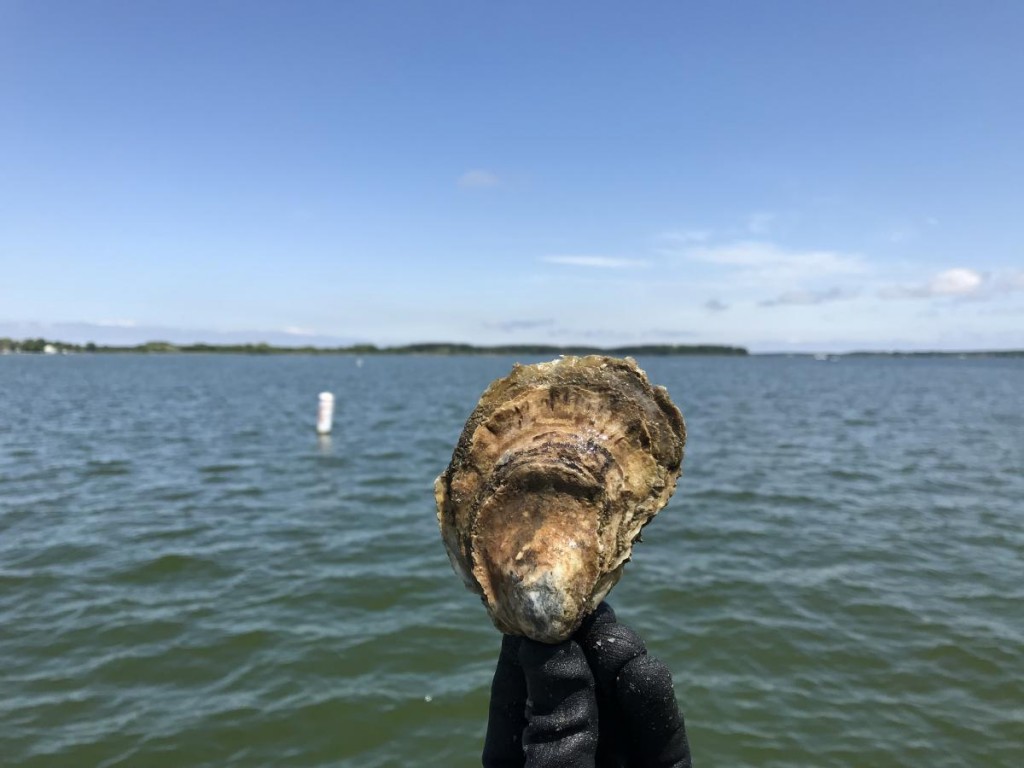 A team of biologists at the Smithsonian Environmental Research Center (SERC) reported the discovery in a new study, published online Feb. 26 in the journal Ecological Applications.

Eastern oysters in Chesapeake Bay live mostly in shallow tributaries. It's a rough environment for shellfish that can't move. During hotter months, oxygen levels can swing drastically, from perfectly healthy levels in the day to near zero at night. To save energy, some oysters react by focusing more on shell growth than tissue growth. That could pose a problem for anyone involved in the seafood industry.

“What we all of course want to eat at the raw bar is the oyster tissue,” said Sarah Donelan, a SERC postdoctoral fellow and lead author of the new report. “Customers and restaurants might be less pleased if there’s less tissue in what looks to be a large oyster.”

Total oyster growth suffered most when oysters experienced low oxygen alone. But early exposure left marks that were far easier to miss. There, researchers discovered a sharp drop in how fast oysters grow tissue versus shell. Oysters invested more in growing their shells—and less in the succulent, slurpable tissue inside—when exposed to the double punch of low oxygen and warmer waters both early and later in life.