Carried With the Wind: Mass Migration of Larch Budmoth to the Russian High Arctic

Arctic habitats have fascinated biologists for centuries. Their species-poor insect faunas, however, provide little reward for entomologists – scientists who study insects – to justify spending several weeks or even months in the hostile environments of tundra or polar deserts. 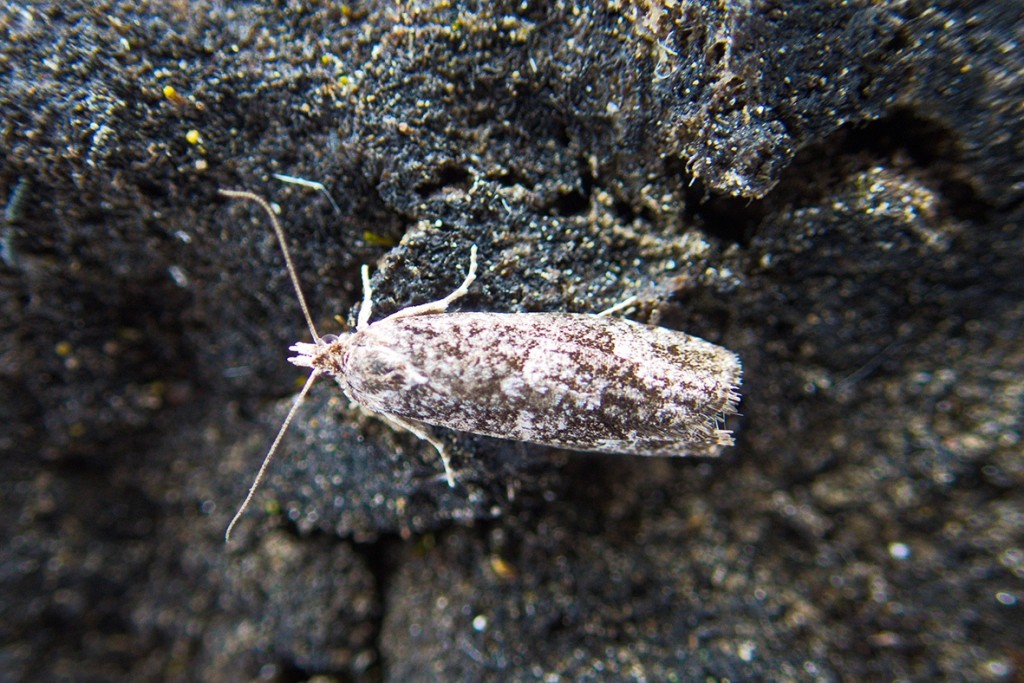 As a result, data on insects from the High Arctic islands are often based on occasional collecting and remain scarce.

Vize Island, located in the northern part of the Kara Sea, is one of the least studied islands of the Russian High Arctic in terms of its biota. Scientists Dr Maria V. Gavrilo of the Arctic and Antarctic Research Institute in Russia and Dr Igor I. Chupin of the Institute of Systematics and Ecology of Animals in Russia visited this ice-free lowland island in the summer of 2020.

“Our expedition studied the ecology of Ivory Gull”, Maria Gavrilo says, “but we also looked for other wildlife.” Because of the lack of data, scientists appreciate any observation on insects they can get from the High Arctic.

On the island, the team found hundreds of small moths. They were identified by Dr Mikhail V. Kozlov of the University of Turku, Finland, as Larch Budmoths – the first and only terrestrial invertebrate to ever be observed and collected on Vize Island. Their observations are published in the open-access, peer-reviewed journal Nota Lepidopterologica.